Liechtenstein, a principality that is 25 kilometers long, 12 kilometers wide and 160 square kilometers in size, is located in the middle of Europe, in the Alpine massif between Austria and Switzerland. While Liechtenstein was long known primarily for its financial center, it now views sustainability as its main economic goal. The companies that represent this transformation toward ecological and social sustainability include Hilti, Hilcona and Hoval.

With around 32,000 employees and 5.7 billion euros in sales in 2020, the group is one of the largest drilling and construction equipment manufacturers in the world. Global CO2 neutrality, a goal the construction group had originally envisaged for 2030, is now to be implemented as early as 2023. By now, all Hilti sites worldwide are supplied with electricity from renewable energy sources.

It must be noted that sustainability has many faces, from forward-looking, green technologies to social sustainability. Thus, in 1996 the Hilti Foundation was established with the aim of enabling disadvantaged people to lead independent and self-determined lives. The foundation supports various sustainable projects in different areas around the world that are supposed to be self-financing after a certain start-up period; in addition, they ought to be repeatable and deliver measurable results after a certain start-up period. The foundation is financially supported by the Martin Hilti Family Trust and the Hilti Group, which donate two percent of their annual profits directly to foundation projects.

In the Habitat for Humanity project, for example, Hilti employees leave their usual work environment for a few days and help with housing projects for the homeless. In Day of Caring, Hilti volunteers work at a food bank or an animal welfare center, deliver Meals on Wheels and participate in neighborhood clean-up campaigns. Furthermore, the BASE Builds project involves researching new construction techniques with the renewable raw material bamboo. In the Philippines, among other places, locals are being trained to apply these findings to the construction of new houses. "Fundamentally, we want to operate our business in a way that is more environmentally friendly and more positive regarding its contribution to society," says Hilti CEO Christoph Loos, summing up the sustainability strategy. 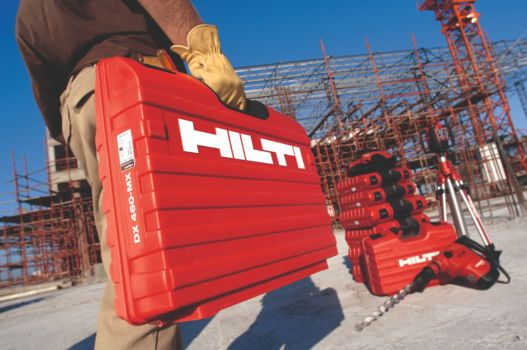 In the climate-neutral production of food, Hilcona has been relying on environmentally friendly energy sources for ten years. In the past year, the company's Schaan site in Liechtenstein has also become climate neutral. Hilcona obtains thermal energy from waste heat and electricity from hydropower. "Our economic growth is precisely what has further enhanced our efforts in the area of sustainability," explains CEO Martin Henck. "For instance, we have started to deliberately use carefully cultivated, regional raw materials. We have also introduced new products with an improved eco-balance as well as environmentally friendly packaging, and we are continually optimizing our processes."

Hilcona's customers include food retailers, restaurants, catering companies and industry. "We have a designated department that works on optimizing all aspects of packaging. Currently, we are working on fully recyclable packaging, which means that all components of a package are made of one material. We have also started to use recycled PET for many products. Apart from that, we are also developing and using packaging made from renewable raw materials," explains Henck.

At the same time, the company wants to reduce the waste of its food as much as possible. To achieve this, the manufacturer relies on modern forecasting systems, efficient logistics and further training. Whatever is left over despite these efforts goes to social institutions such as Caritas. In addition, Hilcona has joined forces with the Zurich-based environmental specialist Eaternity to develop a program for menus in community catering. This can reduce CO2 emissions by around 60 percent compared with standard lunchtime catering. 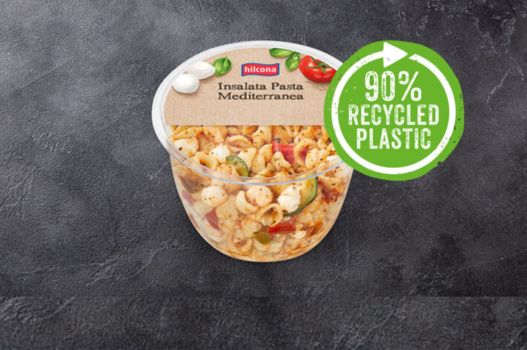 Hoval: the heating and ventilation manufacturer

The Hoval Group has been developing, producing, selling and servicing high-quality technological solutions in the fields of heating, cooling and ventilation for 77 years. In line with its claim, "responsibility for energy and environment," the company focuses primarily on climate-friendly solutions powered by alternative energy.

Hoval employs around 2,200 people in 16 countries and exports indoor climate solutions to many others. In fact, the company has developed into a full-range supplier whose energy-efficient systems for heating, cooling and ventilation can easily be combined. "In our latitudes, about a quarter of the energy we use is taken up by heating buildings. Refurbishing old, inefficient heating systems therefore offers enormous potential for climate protection," explains co-CEO Peter Gerner. The prejudice that refurbishments are not economically viable is outdated, adds co-CEO Fabian Frick. "Especially if we include the savings over the complete product life cycle. Our technology has made great progress in this area."

Hoval's best-selling solutions today are heat pumps, followed by gas boilers, which can also run on environmentally friendly, renewable gas. "As early as the seventies, in the wake of the oil crisis, Hoval began to focus on non-fossil energy sources," Frick recalls. "Even then, we built heat pumps and relied on biomass. From the very beginning, we also started to develop the business field of 'energy recovery.'"

The article appeared in the 13 January, 2022 issue of the Frankfurter Allgemeine Zeitung. The online article can be read here (german only).